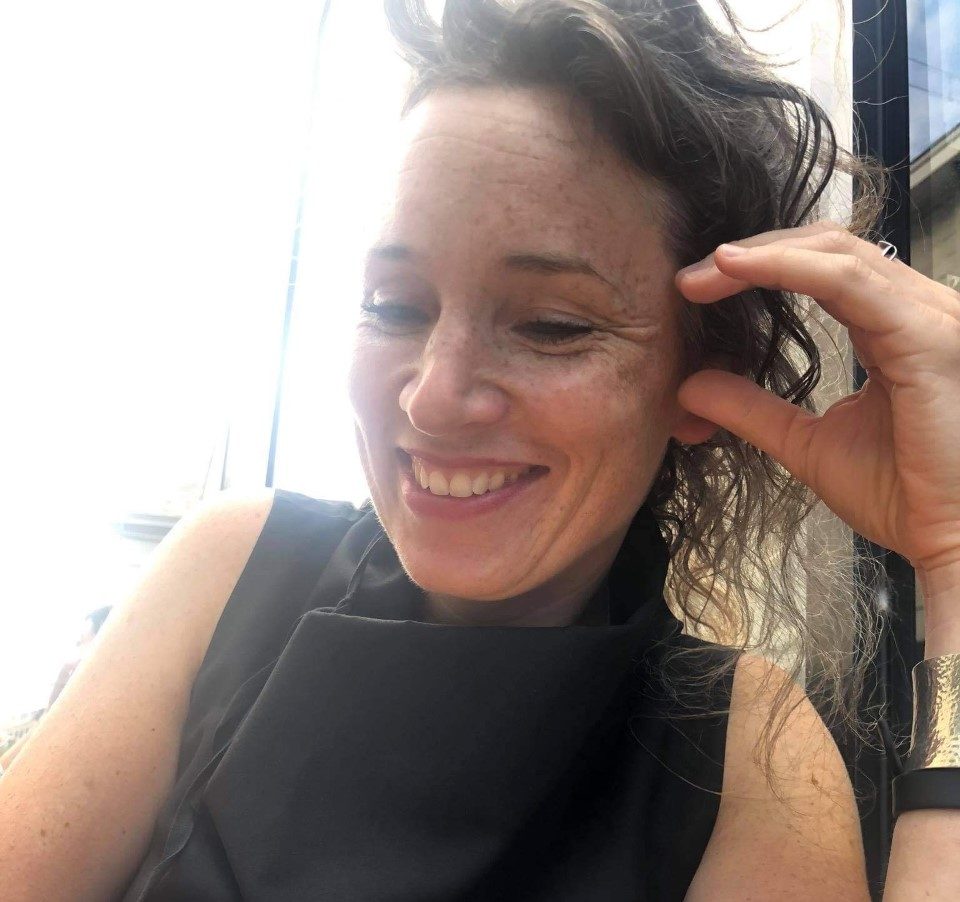 Koosje Schmeddes (*1978, Haarlem, Netherlands) creates situations breaking the passivity of the spectator. Schmeddes uses coincidental and seemingly random situations or imagery, resulting in assemblages, sculptures, and works on paper. Schmeddes’ works leave the viewer orphaned with a mix of conflicting feelings and thoughts. Her works often deceive the viewer by creating confusion. Her pieces of art reveal subtle details of odd, eccentric and humoristic elements. By experimenting with aleatoric processes, she wants the viewer to become part of the art as a kind of supplementary component. Combining unrelated aspects lead to surprising analogies.

The work of Koosje Schmeddes is often multi-interpretable, and as a spectator you are torn between humor and seriousness. By combining objects that refer to faith and life an sich, the work and even the title of the work ‘Fair’ can be interpreted in many ways, just like faith and life itself.

Koosje Schmeddes started from a formal approach: she sees the cake as the mirror image of the flipped fez. By placing it as counter-shapes in a little chapel, the two objects suddenly seem to acquire a divine status.

How something is seen often depends on the zeitgeist and all kinds of cultural influences. Everything changes and transforms, one’s concepts and standards evolve continuously: for example the Fez was a compulsory headgear in the Ottoman Empire in the 19th century until it was banned by the government after the disintegration of the same empire in the early 20th century, because it wasn’t modern enough anymore.

This work seems at first sight a familiar image in Kyllburg because you can find many catholic references in the area here, but at the same time it refers to a clash of cultures or simply to our multicultural society with influences from North, East, South and West. 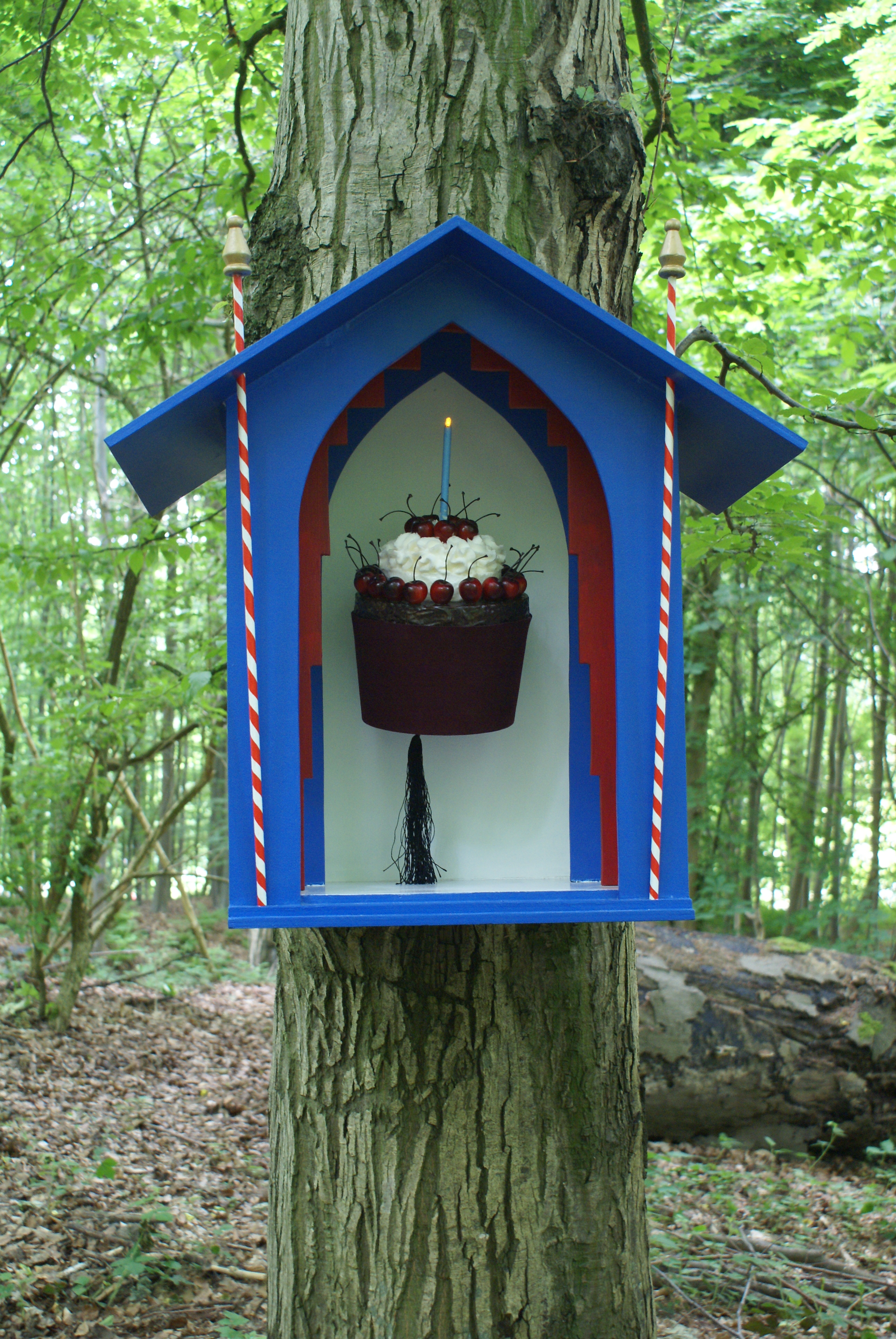 Inside the building, an archetypical, homely deserted scene hangs balancing on silk threads. There is a hushed tension. What you see is a frozen moment of the uninterrupted transition of time. As in a loop this work touches the search for balance.

The view through the window on the domesticated area at the other side of the hill, is used to enhance the intimate and homely atmosphere that this work evokes. This atmosphere is in duality with the threat the work radiates at the same time.

With this poetic image Schmeddes creates a universally recognizable feeling and confronts the spectator with hope and despair. 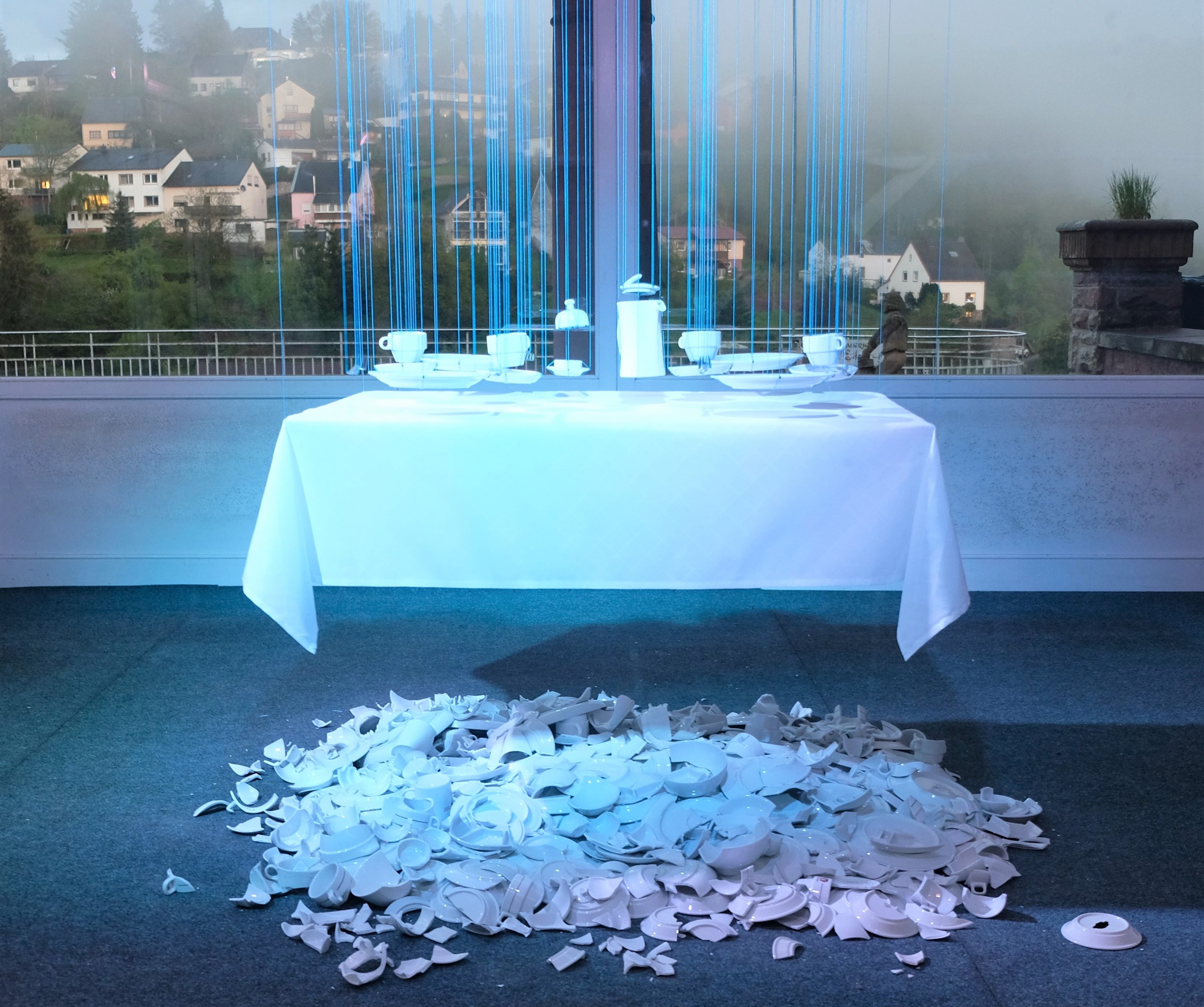