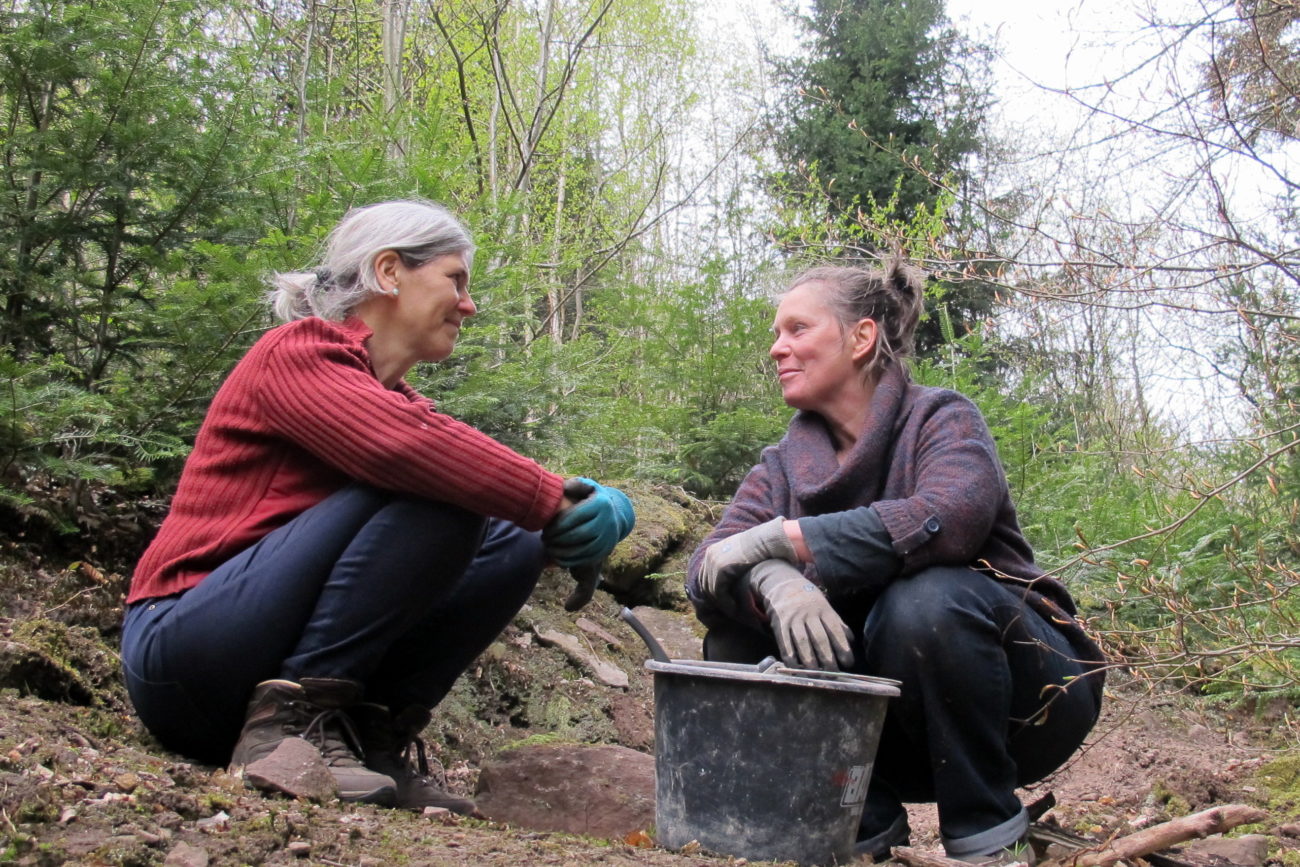 Katherina Bornefeld, * 1961, Schorndorf, Germany, musician and drummer since 1983 with the internationally known Dutch band “The Ex” with almost 2000 concerts. She did various training as a healer (massage, sound massage, gem therapy, Reiki, shamanism). She is living in Kyllburg since 2018.

In her work she searches for the original life energy in order to let it flow freely and to serve as inspiration for people. For her it’s important that people become authentic again, work together on common goals, free themselves from restrictive thought patterns and take their own life into their own hands as their own captain on their own ship, harmoniously and in harmony with nature.

Mimi van Bindsbergen, * 1965, Babberich, Netherlands. Is living and working in Malberg since 2018. The focus of her work is painting, (nude) drawing and etching.
In her pictures the artist shows the landscape as a memory and how people move in it.

Katherina und Mimi started a cooperation in 2020 that unfolds in and with nature. Drawings, photos, videos, poems, stories and musical sounds and compositions are created that give shape and face to this exchange and are to be published later. For the Kyllburg art route, works of art inspired by nature were created in two places in the forest, which, thanks to their shape, invite you to immerse yourself in a deeper understanding of the interplay between man and nature.